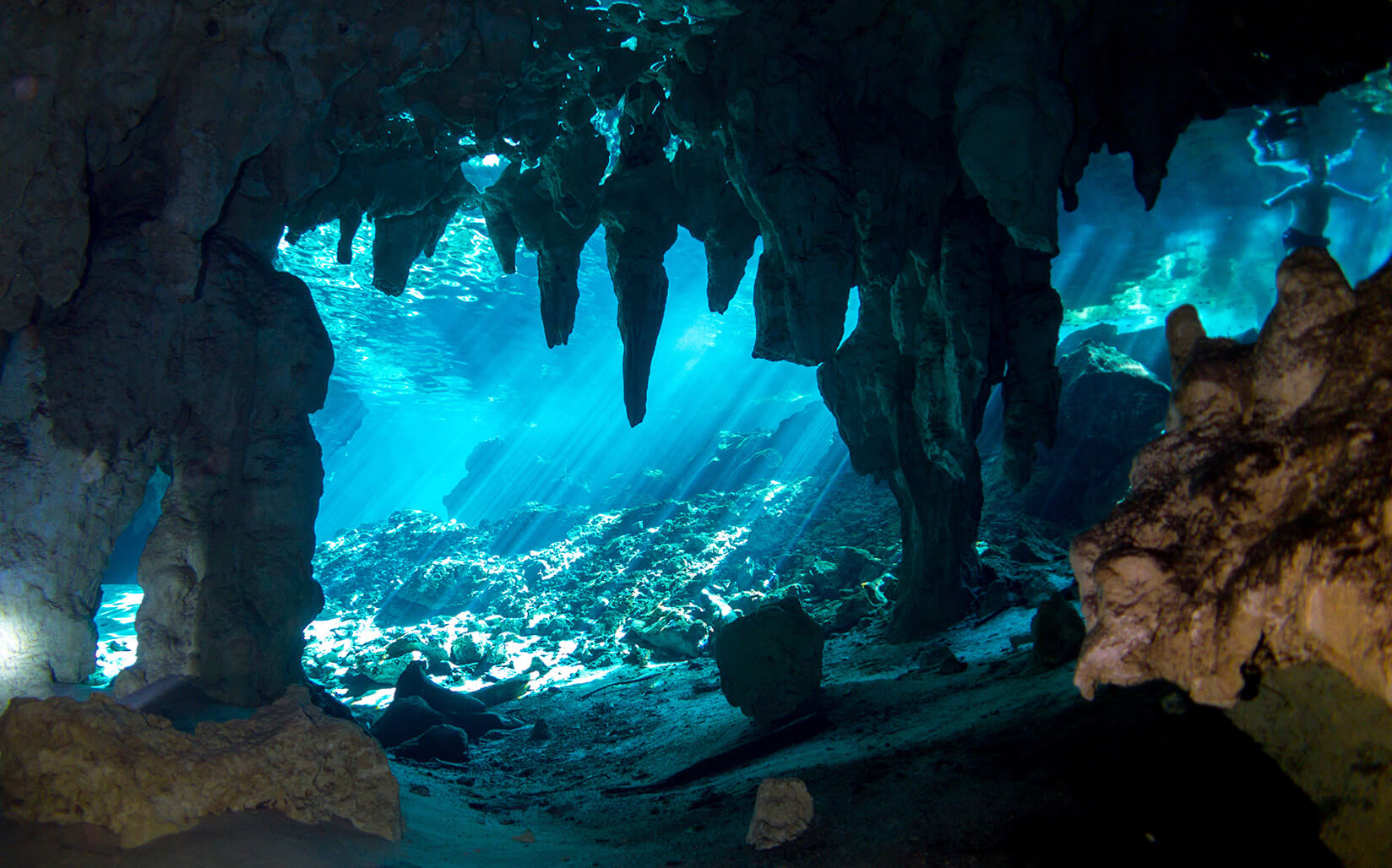 With a whopping 6000+ cenotes to choose from, finding the best ones with a limited amount of time can be tricky if you want to have the best experience. While the best cenotes in Tulum are typically the most famous and popular, this isn’t always the case. Here’ will list the best cenotes we’ve found in Tulum and surrounding areas of the Yucatan Peninsula.

Cenotes are naturally occurring sinkholes formed in limestone rock after the collapse of an underground cavern, revealing the reservoir of water underneath. Carbon dioxide absorbed by rain essentially forms an acid and over time it dissolves the limestone rock slowly over hundreds of thousands of years, eventually forming a cenote. In the Yucatan Peninsula itself, there are thousands of cenotes dotted all over the landscape.

The cenotes in the state of Yucatan near Merida were initially formed millions of years ago after the asteroid that killed the dinosaurs struck the peninsula. Chicxulub crater is at the center of a ring of cenotes stretching hundreds of miles in a circle around this central point.

Water in the cenotes is typically cooler as it’s fed from underground and is not exposed to much sunlight. Hundreds of years ago the Mayans used cenotes to sacrifice animals, gold objects, and even humans, as bones have been found at the bottom of some cenotes.

There are a few types of different cenotes as well. Open cenotes are completely open and exposed to the air which can be easily found and accessed. These are typically the most popular as it allows you to enjoy the sun and blue skies while swimming.

Semi-open cenotes are a mix between underground cenotes and open cenotes with small cracks and openings in the ceilings. These can be very stunning at times as the sunrays come pouring in through the openings and shine down on the glistening water.

Underground cenotes are pretty self-explanatory: they are completely underground. Access usually requires going through a cave system until you reach the stunning hidden cenotes inside.

The Best Cenotes in Tulum

One of the most popular cenotes in the area, Gran Cenote is a crystal clear blue paradise made up of several cave systems in the middle of the lush jungle. It’s an open-air cenote full of swimmers, snorkelers, and people just wanting to relax. Throughout the cenote is a wooden boardwalk for easy access through the jungle and over rivers.

Entrance to the cenote is 180 pesos.

The name Dos Ojos cenote or “Two Eyes”, comes from two of the cenotes it forms, one open air “blue eye” and the other a closed cave cenote which is the “black eye.” The black eye cenote is pitch black, you need a guide and flashlight to enter, but inside it’s spectacular.

It’s actually a 5 cenote system but the two most popular are the open-air cenotes. The system is also connected to the popular Sac Actun cenote.

The entrance fee is 350 pesos for access to the two open-air cenotes. The cave cenotes cost extra as you need a guide to enter, we recommend it as it’s definitely worth it. Check out our extensive Dos Ojos Cenote guide here.

You can get here by bike or taxi by following highway 109 north until you see the small sign on your left that says “ATIK”. The place is immersed in nature, surrounded by a mystical jungle, with a bunch of different animals on site, such as turtles.

There is a kayak available to be used, a large ladder descending into the cenote, and there are several hundred skulls decorating the area. The price is steep at 299 pesos (more than most cenotes) but is definitely worth it.

Entrance fee is 299 pesos for tourists and 199 for locals

Ak Tun Ha is an open-air cenote full of underwater caves which are great for diving. It has crystal clear water with a diving platform and is known as one of the quieter and less busy cenotes. The name carwash originated years ago after being used as a pit stop for taxis and vans travelling from Tulum to Cobá to wash their cars.

It’s no longer used as a carwash, but it’s still one of the best cenotes to visit if you want peace and quiet. Apparently, there is a small crocodile living in the cenote, but it’s still a baby at this point, so not to worry.

The entrance is only 50 pesos (200 if you want to dive) which makes it one of the cheapest in the area.

A smaller open-air cenote more popular with locals and their families while on vacation, it has a zip line, 2 pools, and a diving board. It’s quite shallow at around 3 meters, the water is clear and warm. The zip line only costs 10 pesos per ride, popular with kids, and there’s a small shop selling snacks.

Entrance is only 80 pesos per person.

Without a doubt one of the most famous cenotes in the area, it’s actually closer to Playa Del Carmen but it’s still an easy day trip to make from Tulum. A collection of open-air cenotes with clear blue water, hence the name. There are a lot of shallow pools that you can have to yourself surrounding the main, deep cenote.

Like most other cenotes there’s a diving area only around 15 high on the cliff above the main cenote. It’s popular with families and kids, who can enjoy the shallower pools. Snorkeling is also an easy and enjoyable activity in the shallow water.

The entrance fee is 120 pesos

Also between Playa Del Carmen and Tulum on the highway is Casa Cenote, a unique cenote mixed with salt and freshwater. Unlike other cenotes, it has a slight current due to its length. Abundant with wildlife such as birds, tropical fish, and butterflies that seem to enjoy the lush mangroves on the banks. Casa cenote is also one of the best cenotes in Tulum for underwater diving.

A crocodile named Panchito calls this cenote his home (hence the name “casa”) but he is docile and has never attacked anyone – yet. Just keep your distance. Activities include kayaking, snorkeling, and even paddle boarding, as it’s large enough.

Calavera means “skull” in Spanish, but the name doesn’t come from skulls littering the bottom of the cenote – thank god. It comes from the sinkhole system forming 3 cenotes which resemble two eyes and a mouth, making it look like a skull. From the edge to the cenote there’s 4-meter drop so be sure to use the ladder to get down and up, unless you want to jump – go for it!

Another open-air cenote north of Tulum in Puerto Aventuras, the name suggests that the water is crystal clear – and it is! Here you’ll find some of the clearest waters in all of Mexico, and there’s cliff jumping too of course. We recommend showing up early around 9 am to beat the crowds and have the cenote all to yourself!

Check out our in depth guide to Cenote Cristalino here.

One of the biggest open-air cenotes in the area, Jarden del Eden (Garden of Eden) is north of Tulum closer to Puerto Escondido. Situated in the middle of the lush jungle, this cenote features beautiful emerald-green water; bring snorkel gear as there are plenty of fish to spot below.

Below the surface you’ll also spot several stones and boulders where many people choose to sit, this was once the ceiling of the cave until it collapsed many tens of thousands of years ago.

Entry is 200 pesos per person.

Only 15 minutes north of Tulum, this is a system of 3 cenotes and you go on a guided tour to 2 cave cenotes and 1 open-air cenote. It’s only just recently opened in the past few years but is quickly becoming more popular. Yes – there is a turtle that lives in the cenote, hence the name.

Throughout the cave cenotes, you’ll find bats, blind fish, and unique rock formations you can climb onto and jump into the water.

The entrance fee is 350, which includes the guided tour and snorkel gear.

In our opinion one of the best cenotes in Tulum if you like caving, Cenote Caracol is almost completely underground. It offers amazing views of stalactites, and natural spring pools, with natural and artificial light creating an array of colors bouncing off of different formations.

The cenotes Cristal and Escondido are two of the nicest cenotes in Tulum, with much fewer people it’s easier for you to enjoy time here without the crowds. The water is incredibly clear and there are lots of awesome activities to do such as rope swinging, cliff jumping, snorkeling, and diving.

The cenotes are right next to each other which is why we included them in the same section here. The cenotes are only 3 and a half miles (6km) from Tulum, only a 20 minute bike ride, making them easily accessible. 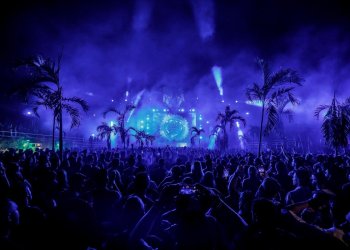 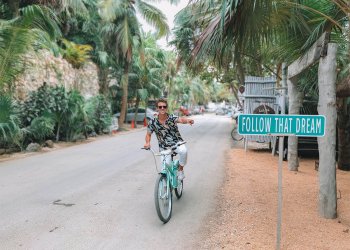 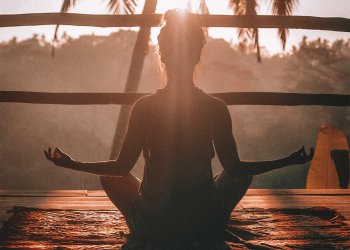 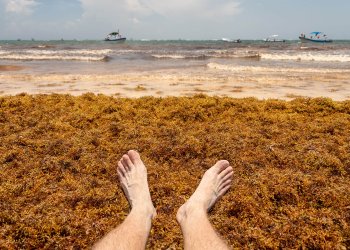 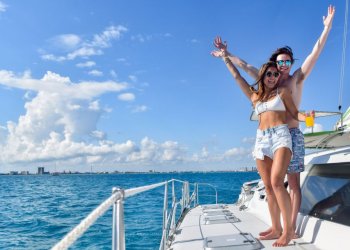 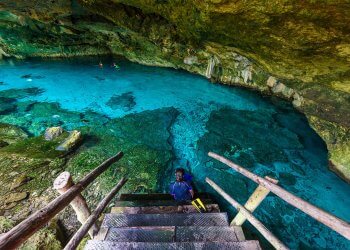