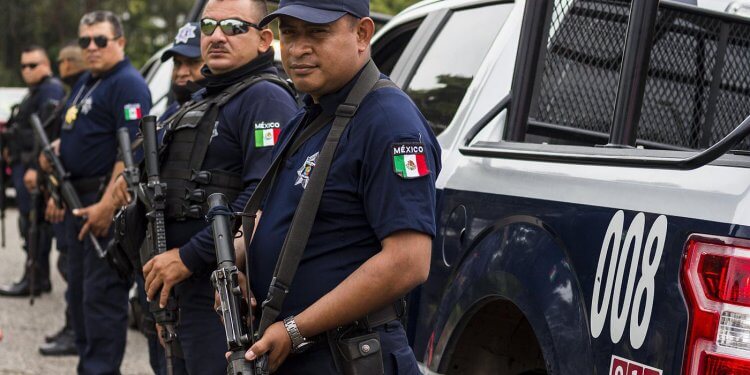 “Is Tulum safe to visit right now?” You may have heard this many times from people back home thinking of heading there or even from ex-pats living in Mexico. It may be your first concern if you’re planning on heading to this beach town paradise on the Caribbean coast of Mexico.

Contents show
Is Tulum Safe?
Recent Events in Tulum
What are authorities doing?
Tips For Staying Safe in Tulum
Don’t do drugs
Don’t Walk Around Alone at Night in Tulum
Don’t Get Completely Wasted
Don’t Flash Your Valuables
Don’t Carry Alot of Money
Learn Spanish
Stay in the More Popular Areas
In Conclusion: Is Tulum Safe?

While Mexico in general may have a negative reputation as being unsafe to travel to or live in, mainly due to the ongoing drug war, it’s not entirely true. There are many beach towns and even cities that are renowned for their safety. Mérida is the first city that comes to mind, as one of the safest places in Mexico. Other beach towns such as Puerto Escondido, Isla Holbox, or Ensenada are also safe.

The same cannot always be said about Cancun, Playa del Carmen, or Tulum as there has been more cartel involvement in these heavily tourist-dominated areas over the past decade. So with that being said if you’re still thinking of travelling to this beautiful beach paradise we will help to answer the question, is Tulum safe to travel to?

With the recent uptick in tourists to Quintana Roo due to it being one of the most open spots on the planet during the pandemic, it’s no wonder tourists have flocked here in droves.

Recent data from 2019 to 2021 has shown that drug-related crime has spiked drastically by 783% due to an increase in “party drugs” mentioned in the same report. This is not surprising as many tourists flock here for raves and festivals, doing all kinds of drugs from ketamine to MDMA. And where there are drugs there’s bound to be cartel involvement, supply, and demand.

With 30,000 tourists a day in Tulum, the chances of being killed are incredibly low, especially since most of the attacks are related incidents, revolving around cartel and drug crime.

In 2021 alone there were many events alone that question the safety of Tulum. In October there was a shootout at a popular restaurant, leaving two dead. In June two men were killed on a beach in Tulum and in the same month, Jet-ski assassins killed two on a beach in Cancun. In September a decapitated head was found in a sombrero.

In November two were killed and 3 injured at a bar in Tulum. In February of 2022, a shooting left two dead at a restaurant. Just this month in May as this article was being written a burglary in Tulum left one American tourist dead and two others injured.

As you can see there is a lot of drug and crime-related violence in Tulum, but it is mostly isolated events, except for the odd unlucky tourist caught in the way.

What are authorities doing?

The state of Quintana Roo is cracking down on drug crime by deploying thousands of national guard and police around the resort towns of Playa del Carmen, Tulum, and Cancun. If you’re on the beach you’ll see armed police in white camo patrolling the beaches.

There is also a new law requiring guests at hotels and restaurants to sign a “Drug Law Awareness Agreement,” basically requiring tourists to understand that transporting or consuming drugs is illegal. It remains to be seen if this will have any effect on safety in Tulum.

Tips For Staying Safe in Tulum

This is an obvious one, but if you don’t want to get in trouble or involved in situations out of your control, then stay away from the white stuff – and any drugs for that matter. Is Tulum safe if you stay away from drugs? Of course.

Don’t Walk Around Alone at Night in Tulum

This rule should apply to most towns and cities in Mexico – or any big city in the world for that matter. In the middle of the night alone you’re an easy target for muggers or thieves who are looking to rob rich tourists in Tulum. If you have to, walk back with friends together, ride a bicycle or take a cab – though be aware of some taxis as they may try to scam you.

Another obvious point, if you’re blackout drunk and can’t even orient yourself, then you’re probably going to get into trouble. Yes, the nightlife in Tulum is amazing so you may be tempted to get blackout drunk. As long as you’re with friends you trust and partying at safe, popular bars & clubs then you should be fine.

In fact, don’t even carry valuable around – keep them locked away in your hotel or hostel. Yes, it may be tempting to show off your status in Tulum amongst other rich folks and partygoers, but it may just end up making you a target for robbers.

At a distance, someone will not know how much money you have on you, but if you do end up getting robbed and they see you have lots of money, they may assume you’re rich and end up making you withdraw money from an ATM at gunpoint. You should also watch out for cops, they will attempt to rob you or bribe you – especially if you’re doing drugs.

Another obvious point, if you can negotiate and calm a situation down by speaking Spanish, this is going to help you greatly. You should at least have a basic command of the language if you’re planning on living in Tulum for a while.

Stay in the More Popular Areas

This is a pretty obvious point for most cities and towns in the world – don’t stay in sketchy areas. Only stay where the tourists are located.

In Conclusion: Is Tulum Safe?

So is Tulum safe? For the most part, yes. While there are the odd gang-related shootings – you’re not going to be a target, unless you’re involved with the cartel or seeking out drugs in sketchy areas all the time.

Don’t let the fear-mongering news get in your way of having a good time in Tulum. I’ve lived here for many years and have never had an issue. That being said – I don’t do drugs, I speak Spanish, and I hang out with only friends I know and in the safe areas of Tulum. 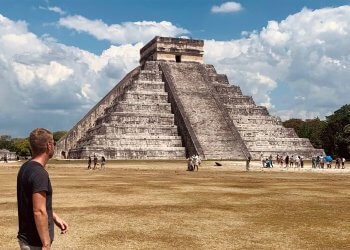 The Best Ways to Get From Tulum to Chichen Itza